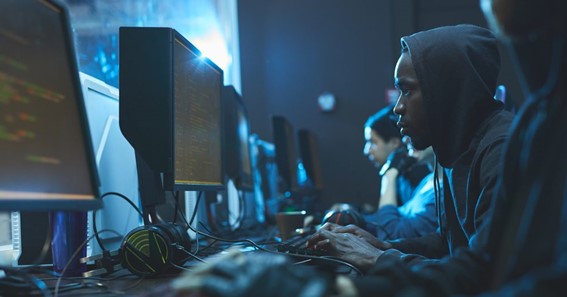 What is the ideal server for online games?

Depending on the factors, browser games can be a treatment, relaxation, or disappointment. Current graphics are based on 3D realism and virtual physics. So let’s discover what server is required for cloud gamers.

Contents
1 How does cloud gaming work?
2 +/- of the remote gaming
3 Tips for game developers
3.1 You may also like
3.2 Best Gaming Brands Reviews at Best.kevin.games
3.3 In which countries is the game of foosball popular?

How does cloud gaming work?

The author decided to start with his favourite topic. Entertainment developers and components manufacturers contest with gamers in the discipline “maximal running performance.” They balanced for a long time until one or a group of clever people invented Bitcoin. (If you’re reading this article, hello and respect!) The new era changed the priorities and turned the clock on the other side. The game industry received that kick and decided to adopt their technologies to the new reality.

That wave made the powerful graphic cards inaccessible to most gamers. The games demanded more power, so the owners of the weak computers couldn’t install the top AAA projects on their machines. But they’re most desirable, and everybody wants to play.

Don’t be desperate, dear readers! The cloud providers cancel all limits without problems. That’s possible, thanks to the dedicated server. The user only needs a device to play on and a stable internet connection. The remote energy-efficient server takes the maximal possible load. It means the user deploys the analogue of a super PC anywhere outside its house.

+/- of the remote gaming

The advantages of this method:

Now it’s time to choose the cloud server with GPU for that. As we mentioned, the combination of high-speed central and an effective graphic processor unit is the key to the system. Choose the GPU with at least 8 GB of random-access memory. Regarding the central processor, 8 3,5 GHz cores may be more effective than 12 2,6 GHz cores, although their summarized power is equal.

Modern video games are impossible without three-dimensional virtualization (3D). Its calculations take a lot of math unreachable for a single CPU. They occur at extreme speeds, so GPU is more effective here. Wait, what about rejecting using the CPU in favor of an additional graphic assistant? That step will increase the game’s availability and the number of simultaneous players. Sometimes it can reduce energy consumption which is critical for ecoactivists.

Another factor is port speed. Every operator offering 10 and more gigabytes per second ports is competitive in their area. Don’t expect good results on the 1 GBps or 100MBps connection. That’s the past era. The new challenge is to buy the dedicated gpu server the powerful equipment on the peaceful land.

In which countries is the game of foosball popular?