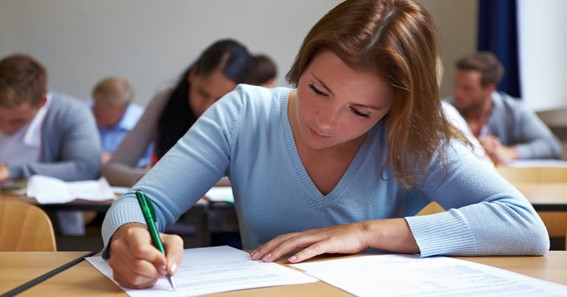 What is an Aptitude Test?

This is an evaluation created to ascertain future learning or mastery of skill if the right sets of instructions are given. For instance, high school students may be given aptitude tests to find out which category of careers might be good for them. You can use a grade calculator to assess an aptitude test.

Often, aptitude tests give students a general idea of what might trigger their interest or could be a good future career. For instance, if Jill’s aptitude test result suggests that she’s good with data and numbers, it might indicate that she’s likely to thrive in a career as a banker, an accountant, or a stockbroker. Since all these career options would be good for Jill, she can take her pick based on what she prefers.

Unlike achievement tests, which look at a student’s level of skill or knowledge at any given point, aptitude tests focus on determining how competent a student might be in performing a particular task.

For elementary school students, such tests are usually used to determine students’ fitness for special programs, such as special education or classes for the gifted and talented. For instance, these students can take the MLAT (Modern Language Aptitude Test) for foreign language talent.

For middle school students, aptitude tests can be taken to qualify for special or gifted education programs, just like elementary students. These students may also take such tests to identify their career aptitudes. One test they can take is the Differential Aptitude Test that examines students on numerical ability, verbal reasoning, mechanical reasoning, abstract reasoning, clerical accuracy and speed, language usage, spelling, and space relations. Another test worth considering for middle school students is the OASIS (Occupational Aptitude Survey and Interest Schedule) test.

High school students can take OASIS and other aptitude tests to decide career interests and potential career paths for post-secondary education. For instance, the ASVAB (Armed Services Vocational Aptitude Battery) can be taken by those having an inclination towards the armed services. Students studying in grades 7 to 12 may also take the DAT (Differential Aptitude Test) and BMCT (Bennett Mechanical Comprehension Test).

Aptitude tests are important for students. For one, they help reveal their strengths and weaknesses, thus offering a better understanding of their personality. Such tests may also draw attention to their hidden talents, which can be nurtured further or considered a career. Students who’re unsure about their future career choices can get ideas and options after analyzing their test results. Often, the results may reveal or indicate options they hadn’t even considered before. Thus, aptitude tests help align the students’ skills and aptitudes to increase their chances of success in their chosen domain of study or career.

What is an Intelligence Test?

This is an evaluation that checks the capacities of an individual, which are largely seen as signs that a person is intelligent, or the fact that an individual has special potentials, irrespective of what they have learned in the past.

Intelligence tests are conducted to understand better how well a student can be anticipated to perform academically and to evaluate a student’s learning needs. In the past, such tests have been used to rule out or substantiate the presence of learning disabilities and ascertain IQ to identify an intellectual disability.

Based on the type of intelligence test administered, important information can be gathered on how students handle problem-solving. When interpreted appropriately, such tests may also help teachers create suitable, specially designed educational strategies and instructions for the development of the individual educational plan (IEP).

Intelligence tests have created a lot of controversy about what types of mental abilities make up intelligence and if the results of such tests effectively signify these abilities, with disputes primarily focused on cultural bias in standardization processes and test construction. According to critics, intelligence tests favor students from wealthy backgrounds and discriminate against those belonging to the less privileged social, ethnic, or racial groups.

Teaching Personal Hygiene to the Children